A crowd assembled in Maspeth, Queens, on Saturday, November 6, 2021, to memorialize the bravery of hometown World War II hero Stanley E. Wdowiak (1925-1988) by the naming of a plaza in his honor at the intersection of Grand and Flushing Avenues at 64th Street. After the War, Wdowiak received the Navy Cross for extraordinary bravery and heroism in helping to capture an enemy submarine and its crew off the northwest coast of Africa on June 4, 1944. He lived in Maspeth for many years after returning from the War and raised his family across the street from the plaza now named for him.

The event was co-sponsored by Councilman Robert Holden (District 30), the American Legion’s Kowalinski Post, and the Wdowiak family. Also attending were Ken Rudzewick, community affairs officer of Maspeth Federal Savings, the United Veterans & Fraternal Organizations of Maspeth, and representatives from the Maspeth Lions and Kiwanis Clubs. 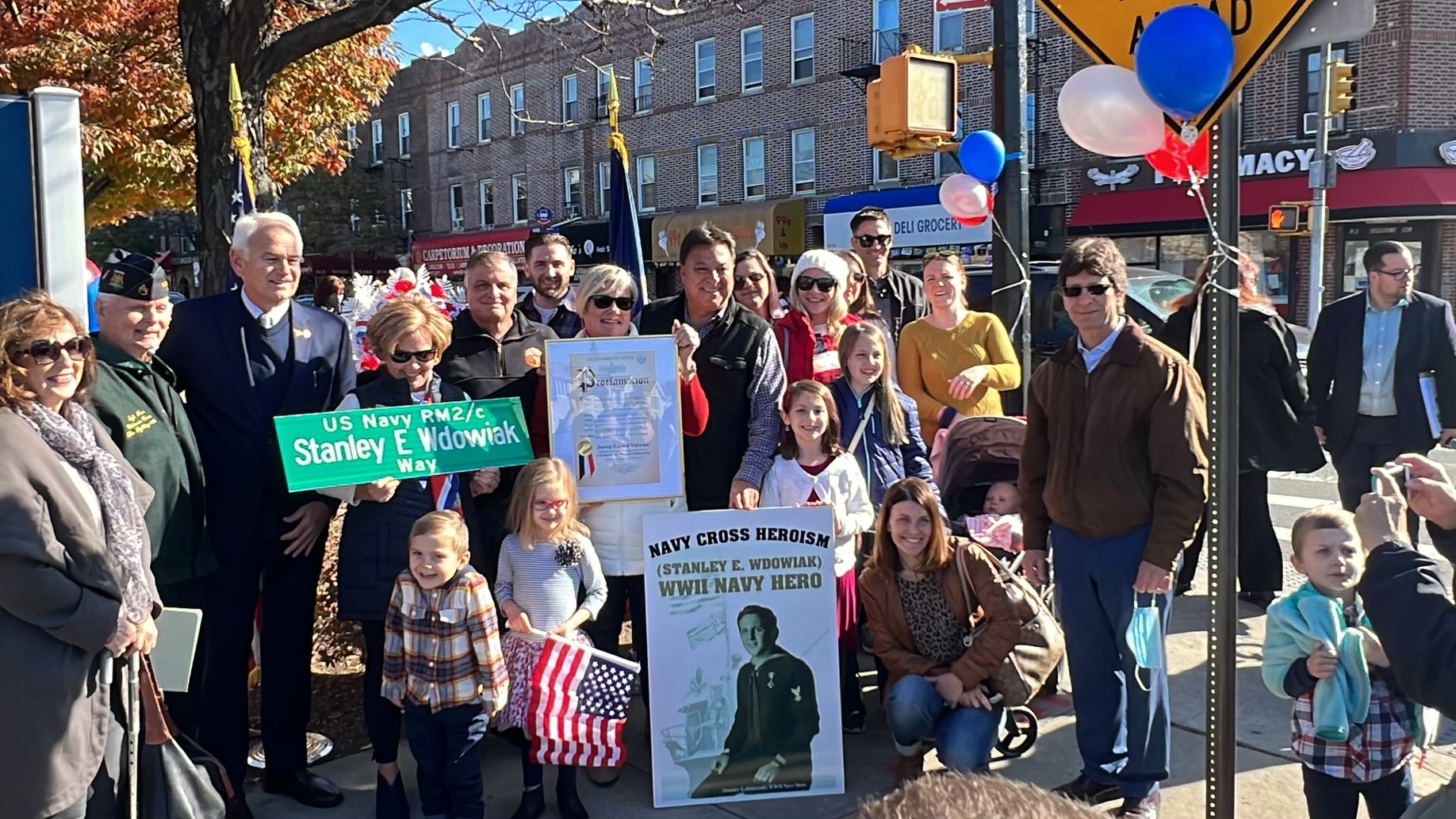 The community embraces the naming of Wdowiak Way Plaza in Maspeth, Queens, on November 6, 2021, in memory of Stanley E. Wdowiak, a World War II hero who raised a family near the plaza on Grand Avenue and 64th Street.